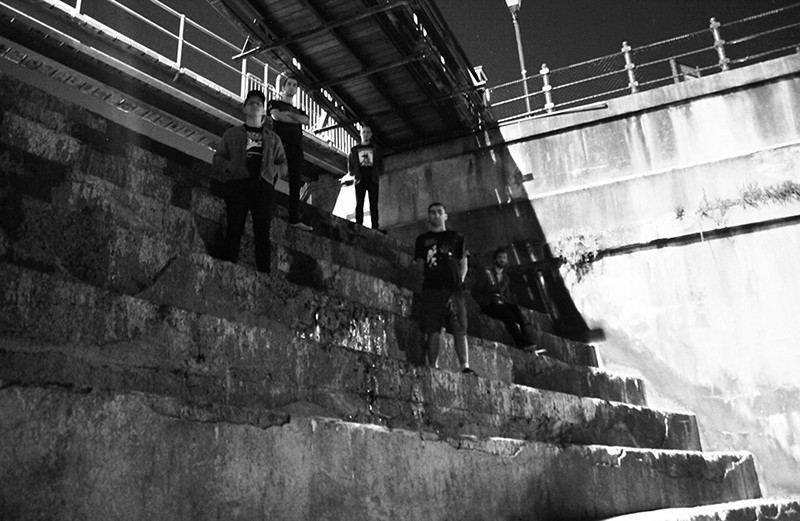 Starvation formed in 2011 as a knee-jerk reaction to an Australian hardcore landscape sorely lacking bands with an identifiable message or agenda. Taking obvious influence from 90s Canadian hardcore by way of Chokehold, Left For Dead and Haymaker, seminal US bands Siege and Infest, 90s powerhouse Damnation AD and thrash legends Metallica and Slayer, Starvation play an accessible yet unquestionably aggressive brand of down-tuned, fast and uncompromising metallic hardcore.

Their self-titled LP thematically carries on from their 2012 demo and split 7" with Perth band Negative Reinforcement, a blinding contempt for the parasitic wave of life we know as humanity swarming across earth destroying everything in its path. 14 tracks that will be the soundtrack to your summer of bitter discontent. Not for the faint of heart. Starvation features members of already well established hardcore & punk bands like The Weight, Stolen Youth, Crisis Alert, Vaginors, Search And Destroy, No Action and many more.

For fans of Left For Dead, Chokehold, Siege and Damnation AD