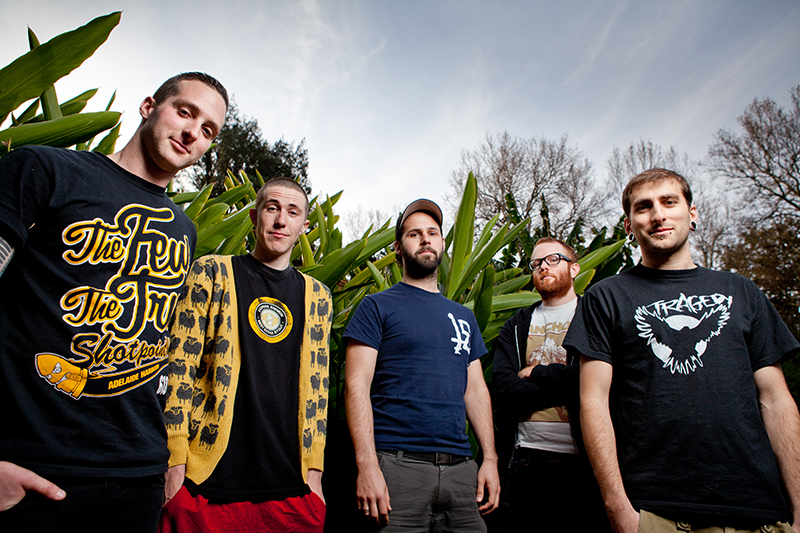 Stolen Youth is a hardcore punk band reigning from Adelaide, South Australia. The band formed in 2000 and quickly gained momentum in the following years as a result of their fast paced hardcore-punk sound and strong DIY ethic. Stolen Youth garnered much attention with their EP ‘When Spiders Unite’ and gained a strong national following with their subsequent release and debut album ‘Unconscious in Orthodox’. The band is renowned for its intense live show, social and politically inspired messages and their no-frills approach to hardcore in a time where fashion often overrides the music.

Stolen Youth have had the privilege of supporting an extensive list of international acts both locally and nationally, some of these bands include NOFX, Bad Religion, Propagandhi, Strike Anywhere, Madball, Comeback Kid, Gorilla Biscuits, No Use For A Name, Good Riddance, Ignite, Lagwagon, Millencolin, Avail and many more. The band has also toured New Zealand, as well as also playing at Australia’s biggest music festival, The Big Day Out, in 2006. Stolen Youth have always maintained a strong work ethic and this is reflected by the bands steady touring schedule, constantly playing all around Australia.

The bands latest album "Dark Century" was recorded and mixed at renowned studios Broadcast and Capital Sounds in Adelaide and mastered by Alan Douches at West West Side Studios in New York. "Dark Century" contains 12 tracks of fast, heavy, angry hardcore punk. The album was be released on both CD and vinyl LP formats through Clarity Records and is the bands best work to date.